This is a single blog caption

Anyone who is a fan of George Lucas’ Star Wars series is familiar with the first film in the franchise – literally, the first “dirty sci-fi movie”, because the main characters fall into a garbage pit and get dirty.

One of the most classic scenes in the whole series happens in the first few minutes.   Luke Skywalker has seen his aunt and uncle turned into toast by the Sand People (or, possibly by the Empire), but has met up with Obiwan Kenobi and two “hot droids”.  They head into the town with the crazy bar, only to find it is full of Storm Troopers.  Luke is nervous – two hot droids are in the back of his speeder, and a notorious Jedi Warrior is next to him.  What will happen?  But Obiwan lifts his hand up to the Storm Trooper guards at the gate of the city and says “You don’t need to see his identification” — and the guards repeat his words back to him.   Then he says, “These aren’t the droids you’re looking for”, and the guards repeat those words as well.  Finally he says, “Move along”, and the speeder is waived through.  Luke is stunned – but Obiwan observes, “The Force can have a strong influence on a weak mind”.  They do move along, to the bar full of intergalactic degenerates, and into film history.

Anyone who is a parent knows it takes wisdom, heart, patience, and lots of practice to do a good job of parenting.  If you’re not ahead of the game at every step, good luck getting the family anywhere it needs to go.  Much like the practice of a Jedi    Warrior, you have to keep working at it – good parenting is not magic.  It takes heart, hard work, trained instinct, focus, and experience to create good kids.

So it should come as no surprise that parents facing separation or divorce need to keep up their parenting practice.  And it’s more important than ever for both parents to have each other’s backs in the struggle.  Both parents need to work together to keep their own positive focus on the future, and to condition the thinking of the children for each next step.  The parents need to feel confident in moving along, before they can communicate that confidence to their children.   For example, are the kids making the parenting time transfer from your house to your co-parent’s house?  While you may need to grit your teeth to do it for the sake of your kids, you have to say “Aren’t you looking forward to going to Science Museum with your (other parent) next weekend?” and “You know you’re the most important thing in the world to them.”

Modern life can be a real struggle sometimes.   It’s all too easy for the Dark Side of resentment and revenge to sneak up on us and take over.  Remember, if you are lucky your children will outlive you, and will be engaged in the struggle long after you are gone.  Keep up your Jedi practice, and pass it on to your children.   With it, they may be able to defeat the Empire.   Without it, they may not even be able to get through the gate.  And in case you are a fan of the series, “May the Force Be With You” —  and your children — now and always! 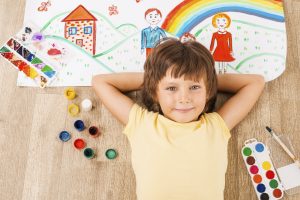 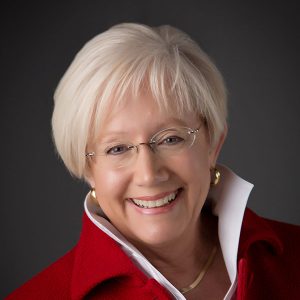 Judy Johnson is the sponsor of this website. She is a Collaborative Team Divorce attorney working with clients and their families in Minnesota who are facing divorce or separation. Judy believes that every family deserves a unique solution, and one which provides a solid foundation for a strong future for everyone in the family. She can be reached at: judith_h_johnson@hotmail.com or 952-405-2015.